Immersion (i.e. language acquisition in a real and direct context) seduces European countries because it allows young people, tomorrow’s Europe, to communicate more rapidly. In Belgium, a few schools from the three communities, French-speaking, German-speaking, Dutch-speaking, have thrown themselves in the game for several years.Some Walloon students have already followed a full curriculum in immersion and therefore can testify of the project success.This course of study is at the moment considered as a separate option in the French Community. Languages offered in this course of study are limited to the other languages officially spoken in Belgium and English.

Always willing to open the students’ mind to the outside world, leading an active life in the exchanges between communities, European countries (e.g. Comenius), and all over the world, GPH will offer, from September 2011, an English immersion experience to its first year high school students. GPH has always had at heart to allow each and every adolescent to flourish inside its walls. In this context, we know that this course of study will allow hardworking students, from every background, to master this foreign language in a democratic way. This will also be an important asset for their future, whatever they choose it to be.

Reinforcement in an English-speaking environment within a non-linguistic subject

On top of the English periods in the schedule, one conversation period and a non-linguistic subject completely taught in English will strengthen the language acquisition. We chose Social Studies. Other subjects will reinforce the student’s English-speaking environment during the following school years. Immersion is therefore a choice to think about in the long term. It’s a commitment of at least two years. From the third year on, there will be no back up possibility until they graduate.

The student can enroll without any previous knowledge of the language; there is even no need of primary school English. He/she will then be invited to a private meeting with the headteacher to explore deeper his/her motivation, his/her French language command, his/her linguistic abilities, his/her ability to concentrate and his/her willingness to rise up to the challenge. He/she then will be registered according to the number of open places; there will be a waiting list if necessary. Learning in immersion is a challenge: it demands a very precise and regular work (homework!). As well as an ability to juggle with the vocabulary and the grammar, immersion will bring the student non-negligible assets for the future.Immerged in the English language in a progressive way, consistently with the Social Studies program, the students will learn to listen and understand the teacher as well as understand, help and engage with each other. They will gain confidence in discovering skills they didn’t even know they could have. We hope to rise to this challenge with you, for and with your children. 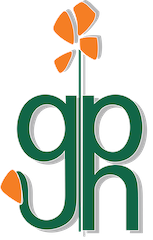